Mairead has often been described as one of Northern Ireland’s leading sopranos having performed in venues throughout Ireland and further afield such as the Grand Opera House, The Ulster Hall, The Waterfront Hall Belfast, Cork Opera House and the NEC Birmingham.

After completing her Bachelor of Music Degree and Post Graduate Certificate in Education (Music) at the University of Ulster (1993) Mairead performed what was to be the first of many principal roles as Rosalia in West Side Story with Opera Northern Ireland and The Ulster Orchestra.  She then spent 3 years working under the tutorage of teacher/director Michael Poynor within the Ulster Theatre Company where she performed in productions of Godspell (1994) and Grease (1995).

In 1996 Mairead performed the role of Julie Jordan in the Belfast Arts Theatre production of Carousel which earned her the coveted ‘Best Female Voice’ Award from the Association of Irish Musical Societies.  The Northern Ireland Light Opera Festival also named her ‘Best Female Voice’ for the same role.  Also in 1996 Mairead performed the role of Maria in the Grand Opera House, Belfast production of West Side Story.  Other notable roles Mairead has performed are Anna Glavari in The Merry Widow (Belfast Arts Theatre) and Laurie in Oklahoma (Grand Opera House).

As well as her established Musical Theatre career, Mairead enjoys success as a concert performer.  In 1997 composer/performer Janet Harbinson composed the oratorio Colmcille especially for Mairead’s high soprano voice and Mairead toured with the Belfast Harp Orchestra performing the work throughout Ireland and Scotland, culminating with a fully orchestrated performance in Belfast’s Waterfront Hall.  The piece was recorded live in St Colmcille’s Cathedral, Derry and in Iona Abbey, Scotland.

Recordings  – Colmcille (Belfast Harp Orchestra).  I Have a Love (solo album).  Spirit of the Dance (Soloist for International touring show). 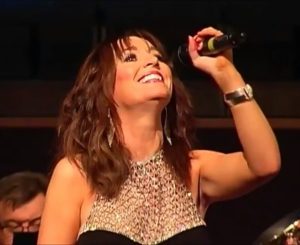 ‘Healy is a stunner’

I'm not around right now. But you can send me an email and I'll get back to you, asap.